The Allard Motor Company led by Sydney’s enthusiasm for high performance through simple ingenuity inspired many individuals to follow his ideas and build specials of their own. Often derived from or based around Allard components and engines, the following cars are just some examples that ‘doff their cap’ in respect and recognition to Sydney and his team from Clapham. 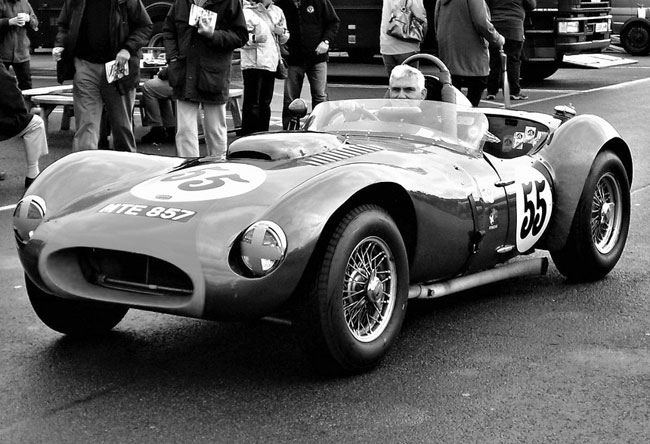 More of a special Allard, than an Allard special, the Farrallac was designed with Sydney’s blessing by Allard Chief Engineer David Hooper for customer Don Farrall, using the chassis and parts of the ex-Peter Collins J2. Highly developed and very successfully campaigned today in many different events, including the Goodwood Revival, by AOC members Tony and Pia Bianchi. 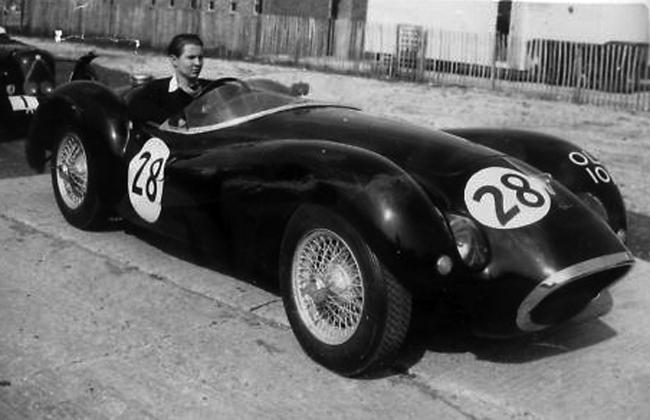 The Sphinx was a standard JR chassis supplied by the Allard Motor Company, fitted with a 6 cylinder Armstrong Siddeley engine. The special body was built for Tommy Sopwith, who campaigned the car widely in the mid-fifties at Goodwood, Silverstone and Ibsley. In later years, the Sphinx was fitted with a Jaguar engine and was raced very successfully by Brian Croot, until it was sold in the 1990’s. It went to France where it remained  until 2016. It has now returned to this country and  been fitted with a race tuned Armstrong Siddeley engine. 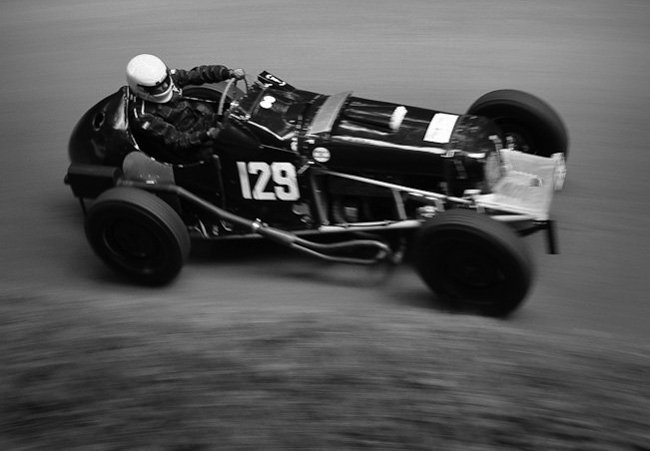 Inspired by the 1949 hillclimb championship success of the Steyr, the Fairley Mercury was built by Reg Phillips (of Fairley Steels) in 1950, reputedly over a weekend ! Crude but extremely effective, the key components included 2 scaffold tubes based around a 4.2L Allard Mercury unit, a Ford 3 speed gearbox and Austin 8 axles. The car was campaigned on a various occasions by ex Spitfire pilot and BBC Grand Prix commentator Raymond Baxter, who shared the car with it’s constructor – on page 166 of the Tom Lush book ‘Allard the inside story’, it is noted that the car, driven by Baxter in the unlimited racing car class at the July 1955 Prescott hill climb event, finished second to Doug Wilcocks in the Steyr Allard, and ahead of third place Sydney Allard driving Rupert de Larrinaga’s JR Allard.

This car was later hill climbed in the sixties by Paul Bevis and Roger Ballard as stablemate to their Clanger Special – Bevis took over ownership in 1964, competing with the car for almost 40 years. The car is still campaigned today with great success by Alex Brown.

The LoTest Special was a typical ‘backyard-bomb’ example of the hot-rodding attitude that governed American road racing in the 1950’s and 60’s. Scotty Beckett shortened the Allard J2X Le Mans chassis (#3153) by 6 inches and replaced the original Chrysler engine with a potent ‘nailhead’ Buick unit supplied by Max Balchowsky of ‘Old Yaller’ fame. Since then the car has been reverted to it’s original J2X Le Mans specification. Information courtesy of www.tamsoldracecarsite.net 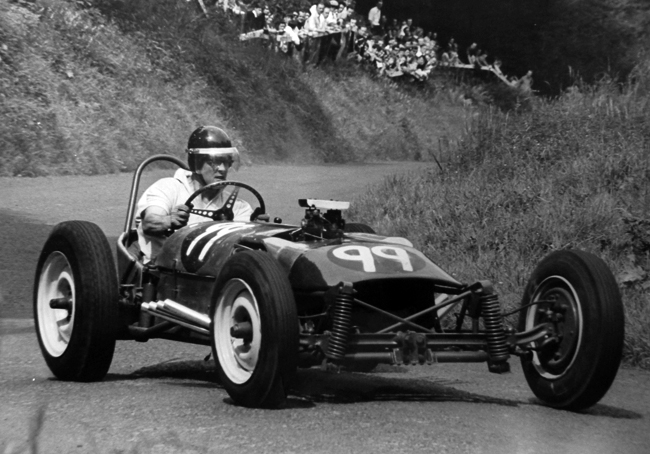 This Hillclimb and Sprint special, based around a potent Ardun engine and Allard ‘P’ type axles. Hillclimbed and sprinted very successfully in the early to mid sixties by Bevis and Ballard. Unfortunately the chassis was cut up in the late 60’s, and the engine sold on. Rumours are that the very rare triple stromberg carburettors that were originally fitted to the car are now being used on an Ardun engined AOC members’ J2. Who’s to say that this isn’t also the original engine?