Sydney’s interpretation of the American dragster. Driven by himself, it’s noise and spectacle stunned the UK motoring press at its Silverstone launch in 1964. On a typically ‘non Californian’ Northamptonshire day, the 354 cubic inch (5.75 litre, 6-71 GMC supercharged Chrysler engined creation made its’ first bellowing run down a quarter mile of the Silverstone club straight. This marked the birth of British drag racing in Britain, all down to Sydney’s (good) eye spotting the potential of an exciting new addition to British motorsport. Subsequently the British Drag Racing Foundation was formed with Sydney Allard as President.

This important part of British motor-racing history is currently being restored to run again by the Allard Chrysler Action Group. See more at www.theaccelerationarchive.co.uk/acag/acag.html 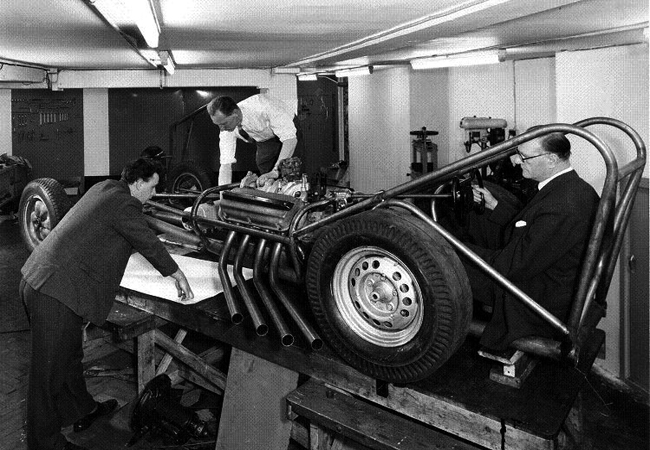 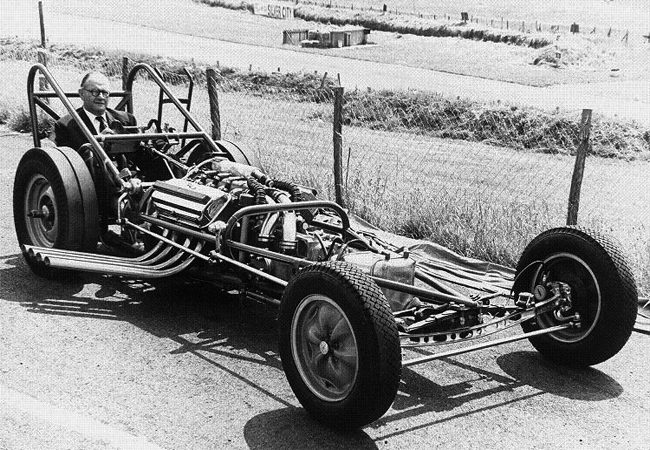 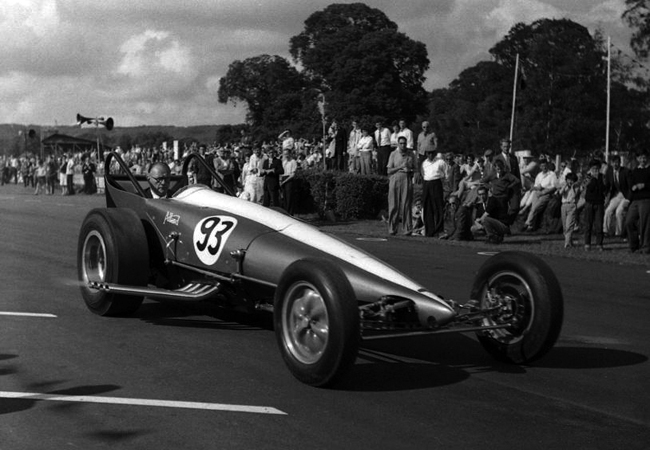 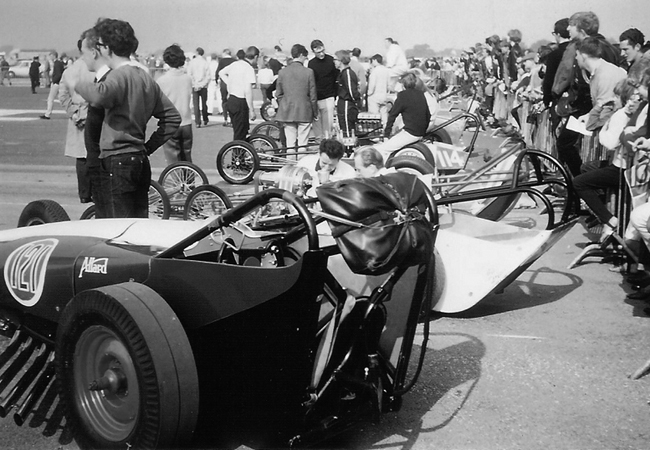 Following the construction of the Chrysler Dragster, and with it the birth of British drag racing, the Allard Dragon was conceived as an affordable ‘entry-level’ dragster. Designed to spread the growth of drag racing in Britain in the mid sixties, it was offered to customers in kit form and designed to house screaming supercharged ‘4 pot’ engines such as highly tuned 1500cc Ford Anglia units.

See early Allard Dragon’s in action, including a short interview with Sydney Allard talking about his latest creation at www.youtube.com/watch?v=i3nQ-cG5WSs&feature=youtu.be
Or visit http://website.lineone.net/~avanti_racing/ 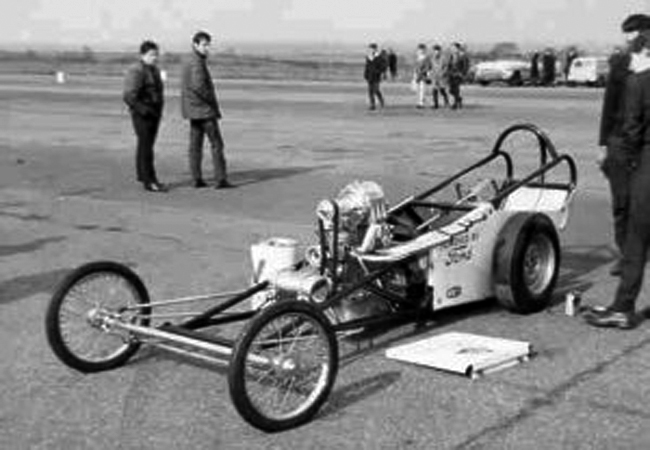 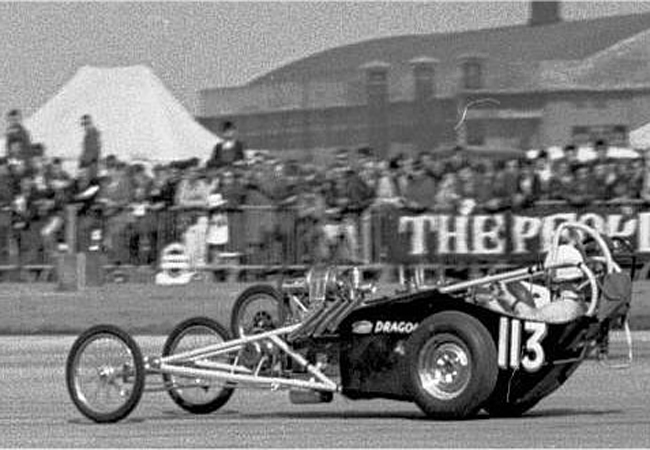