The Allard Atom originated through Wimbledon Speedway promoter Ronnie Greene, who discussed the idea with Sydney Allard of building a prototype 500cc JAP powered speedway car. As with the twin-engined Steyr Allard, the chassis was based around a lightweight channel section from the Allard Clipper parts bin. The car, with a wheelbase of just 64 inches used a motorcycle clutch assembly, 13” diameter Ford 100E wheels and a methanol tuned single cylinder JAP speedway engine. Only two examples were built as despite strong efforts, ‘midget car’ racing did not prove a success in the UK, and the concept was shelved.

Visit www.britishpathe.com/record.php?id=54 to see rare colour film of Sydney Allard towering over the miniscule racer as the first chassis is tested at Wimbledon Speedway. 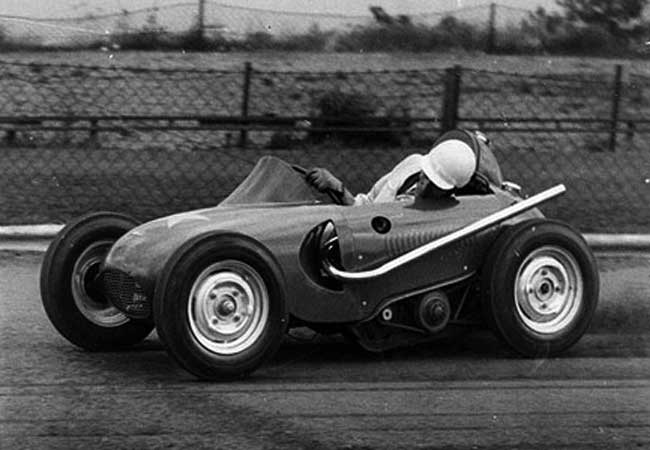 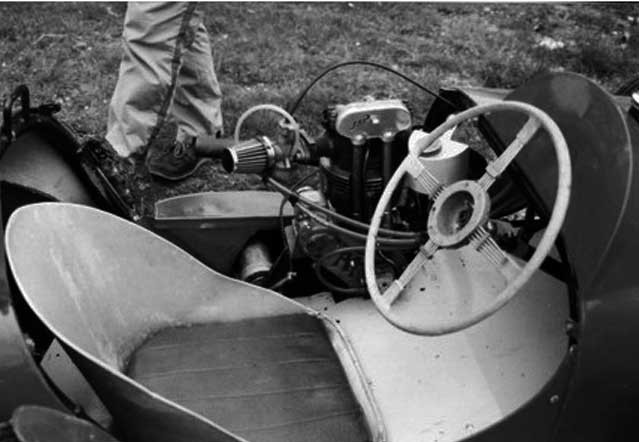